On-Prem Features, Cloud Features, Standard or Customized to Your Business – Luca Brings Them All Together

Great ideas come in all sorts of sizes and packages. From big physical innovations like robots, smaller esoteric functions like cartonization, or unique custom mobile applications – they can all bring value to your organization. LUCA, or Leap Unified Composable Architecture, brings a Feature-First fabric for including virtually any sort of technology – including composable UI/UX applications. Ironically, the vendors we used to call “Best-of-breed Systems”, feel old and stodgy compared to the innovation going on around them. Digital transformation, robotics, software robots (RPAs), innovative little services or just great ideas your implementation staff might have – needn’t wait for some future release to see the light of day.

LUCA changes the way to think about “Best-of-Breed” from entire systems to individual elements or what we think of as Best-of-Breed Features. LUCA promotes this idea by creating a framework for incorporating the best features (on-prem, cloud, in-house developed, purchased, or subscription) in ways Integration frameworks cannot. While especially tuned for the monumental challenges of Warehouse and other Execution systems, where performance, concurrency and scalability are critical, it can be used to expose the value of virtually any system in new ways.

Warehouse Systems (WMS, WES, WCS) space, or what we call WxS have a real need for speed and scalability. LUCA brings Composable UI/UX, Configurable Execution Activity Streams, and an Always-Integrating Services Framework together into one Ultimate WxS Execution Platform. But speed and scalability are not the only challenges to WxS providers, there is a new world of robots, goods-to-person and even faster automation. LUCA’s Features First approach enables the best features from any vendor to co-exist on the warehouse floor under a single platform.

LUCA is a unified Execution platform that includes:

One of the big questions we get about LUCA is – “Is it just another Boomi* or MuleSoft* or even MOCA?”

This simple answer is of course not. LUCA is not a generic iPaaS platform or a redesign of the 30-year-old MOCA architecture (popular though it is). LUCA is more akin to the Salesforce Platform* but for Warehouse Execution and other situations where you want to expose the value of Best-of-Breed Features directly into your organization’s application infrastructure.

*All trademarks, service marks and company names are the property of their respective owners. 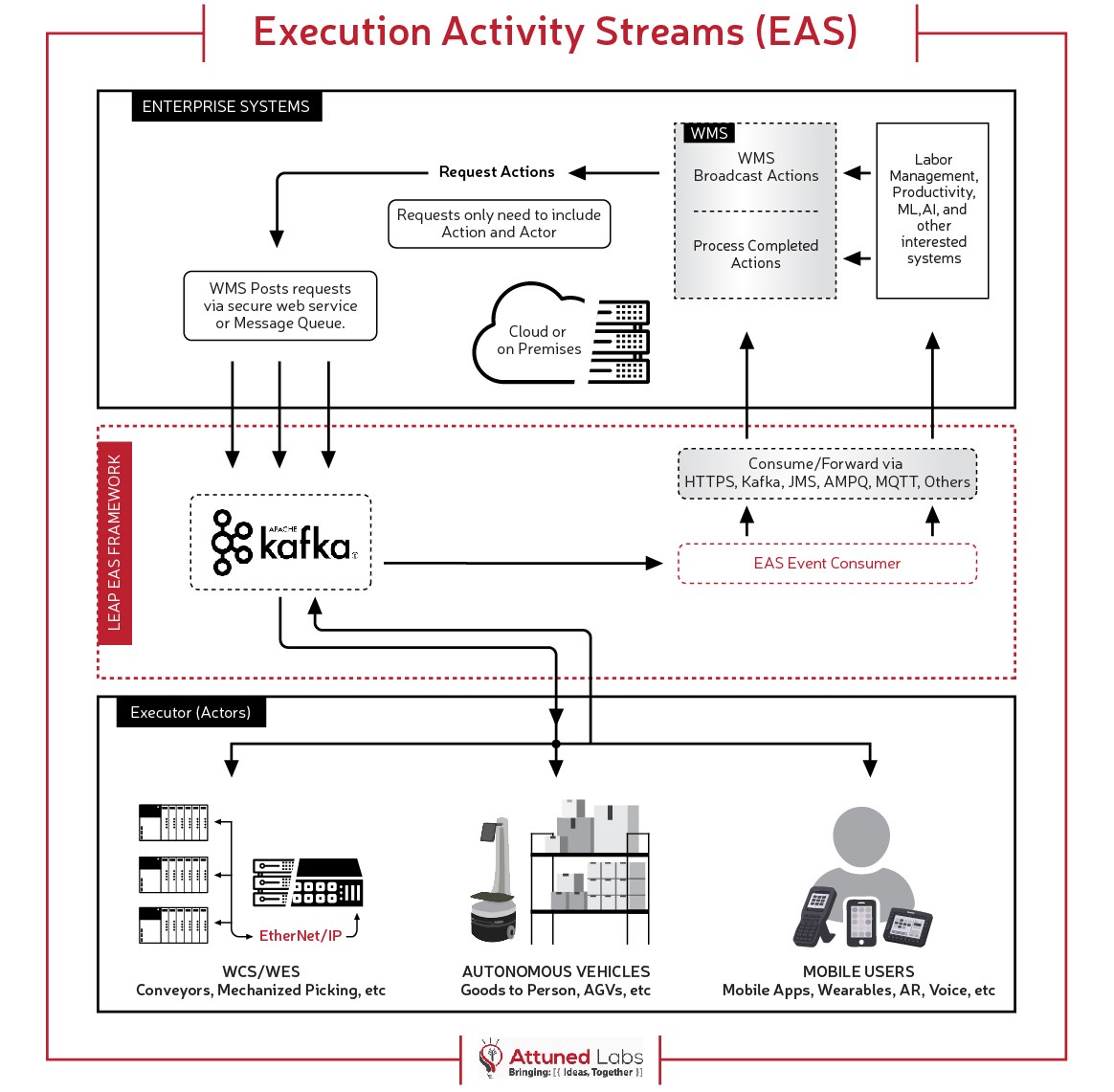 READY TO GET STARTED?

LUCA Replacing the BY Release Manager

This video discusses how to take any execution system, in this case, the BY Release Management portion of the WMS, and turn it into a Headless Execution Platform. While using BY’s “Release Manager” as an example, this could apply to virtually any WES or WMS.

This video helps you understand the Services flow inside of LUCA. In this video, we discuss a variety of problems solved by the LUCA architecture.

Our New 100% Composable UI allows for rapid development of User-Interface screens for any form factor.

LUCA, short for Leap Unified Composable Architecture, represents a new way to solve some of the very same problems MOCA did nearly 30 years ago. If you already know how MOCA works, take a look at this video to see how LUCA takes on some of the same issues.

Am I a Control guy? You know, like those people that feel like they have to control absolutely everything.

Some opinions differ, I am sure, but I don’t think so.

I would say I am very much about strong cooperation and, even more so, coordination. So, when it comes to complicated WMS integrations, which include conveyor systems and other automation, that’s what I am after – a bit more cooperation and coordination between the execution elements. 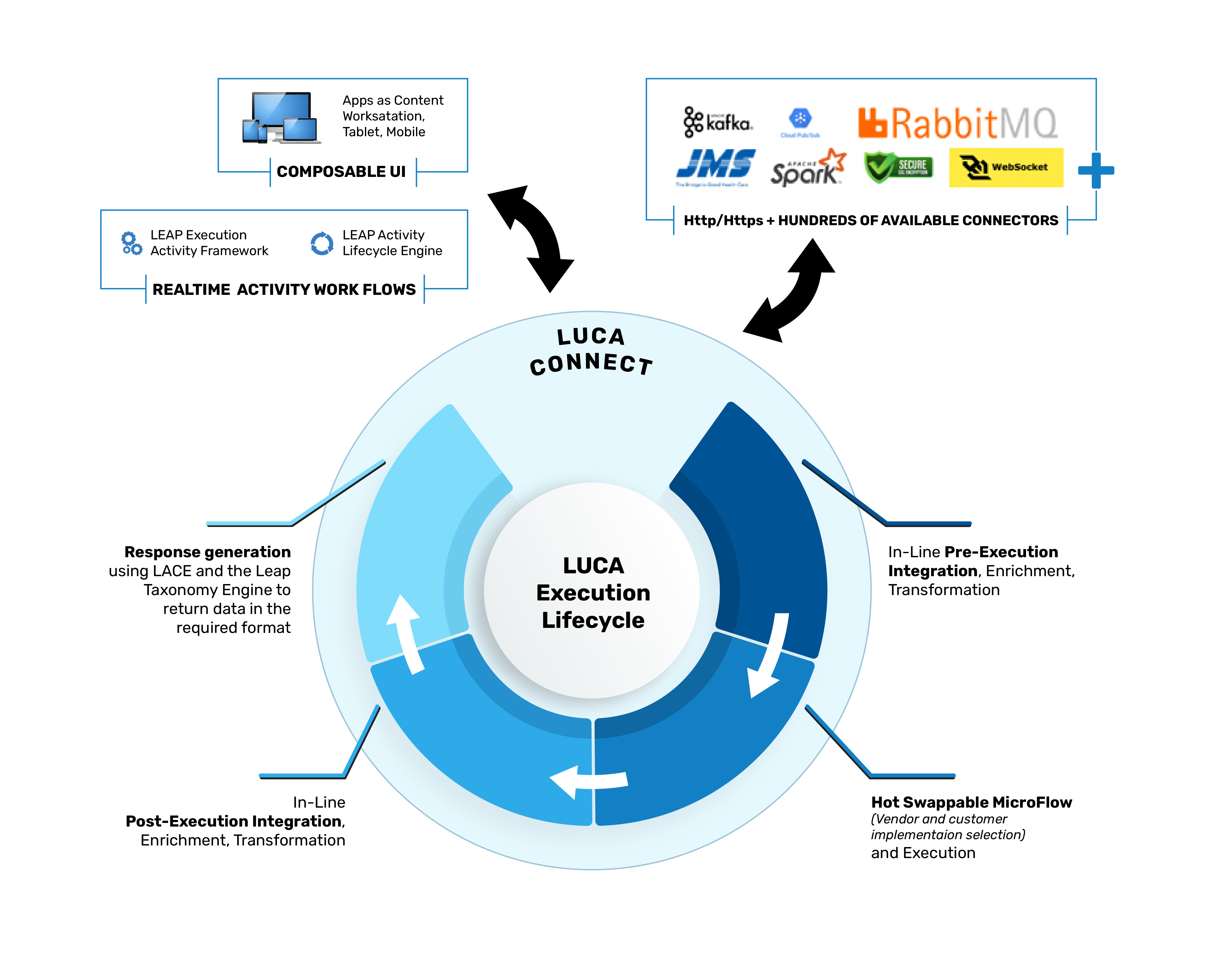